In December 2020 we released a new web interface for pvDesign. This release is the result of a year's work in rewriting the front-end codebase from scratch, to migrate to React, which is a more modern development framework. The new design makes it much easier to use, specially on the design process page, which has been reorganized to balance the amount of information in each tab. There is also more information to help users understand each option. One such example is a diagram explaining the minimum ground clearance input.

The new interface is faster and more responsive than the previous version. To improve the response speed of pvDesign, we migrated our backend service to GraphQL.

Finally, with the release, we also introduced many new features, which are detailed in the next section.

The december release of the new interface introduced the following features: 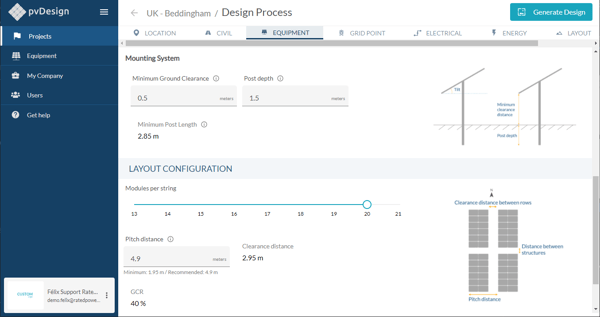 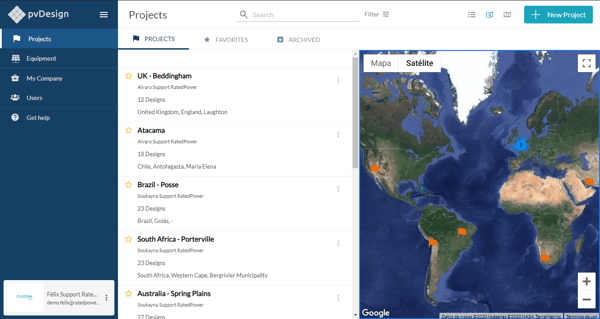 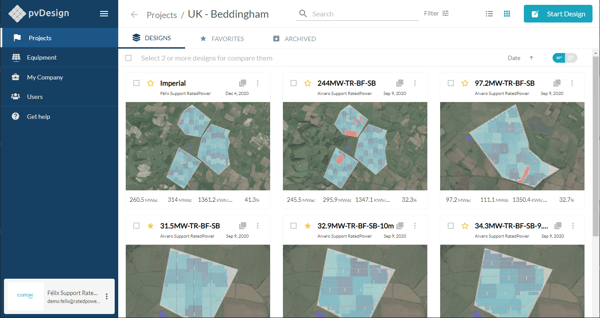 In December, we also included the following bug fixes and improvements: